Back to all posts

Out now! The new Automatic Slim album, "Down by the Waterside" 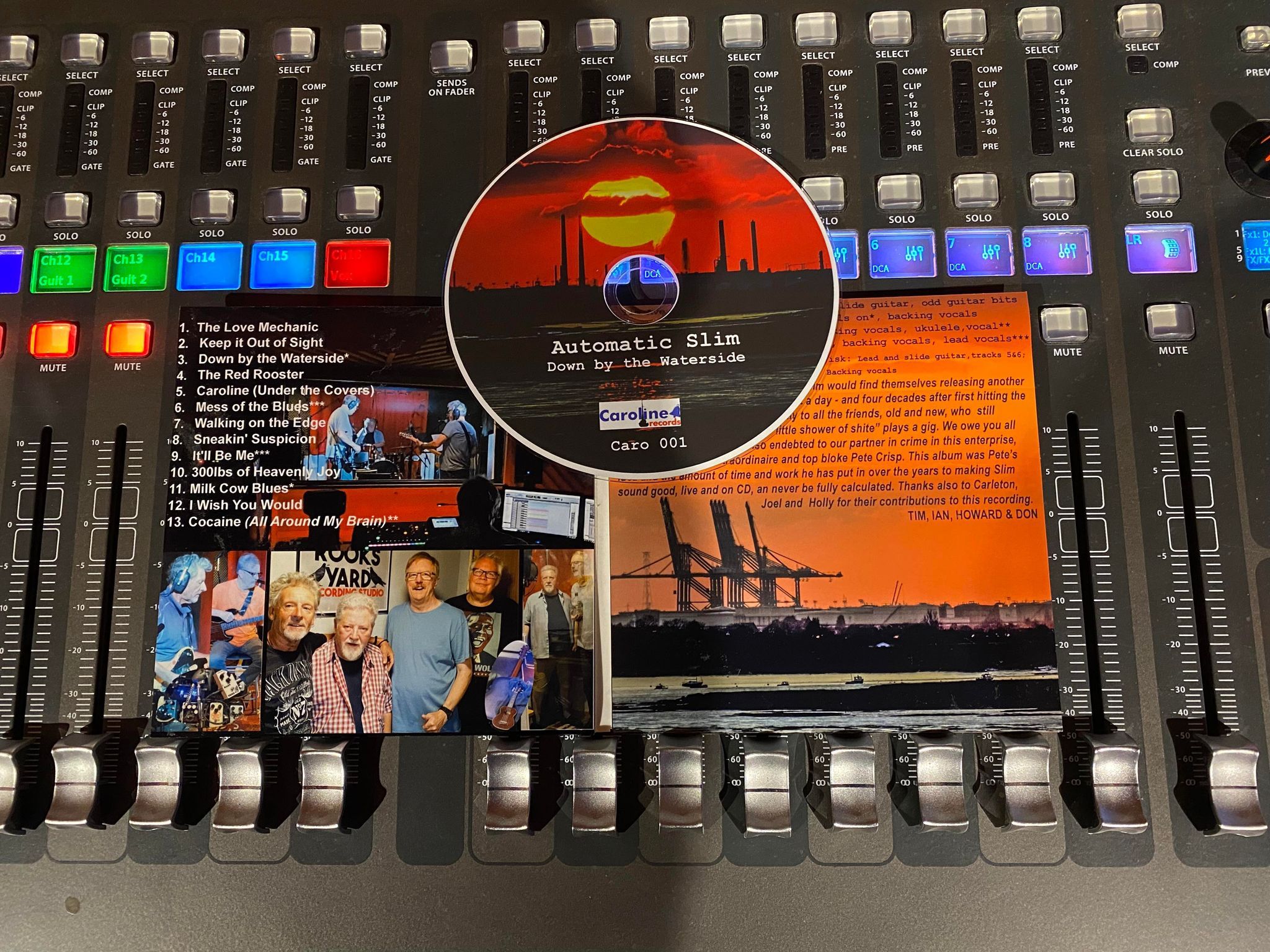 AUTOMATIC Slim are delighted this week finally to confirm the release of out first new album in two decades.

“Down by the Waterside” Showcases a mixture of new original songs and r’n’b favourites we've been playing across our 40-year career and more than 3,500 live shows across the UK and occasionally into continental Europe.

It’s our first new recording since 2001's "Growing Old Disgracefully" and was mostly recorded at Rooks Yard Studio, in the Essex Delta, just before the first lockdown, then completed in the autumn of 2021.

The 13 tracks on “Down by the Waterside” include new original songs, including “Caroline (Under the Covers)”  a tribute to the legendary radio station, several Dr Feelgood/Wilko Johnson favouties, plus the band’s unique take on a number classic blues and rock’n’roll tunes.

The CD will be available in hard-copy form for the first time at its official launch gig on Saturday, February 5, 2022, at Kelvedon Labour Club, Kelvedon, Essex (see the Gigs page for details|) and thereafter to order from our new merchandise page here. Downloads will also be available shortly from the usual platforms, while a limited-edition vinyl release is currently also being considered.

“We’re thrilled to bits with the way the album has turned out,” said Tim. “Our last album was way back in 2001. That one’s been out of print for years, so it’s great to be getting our music out there again.

"Our engineer mate Pete Crisp has done an amazing job at Rooks Yard Studio to make us sound this good - aided and abetted by a few excellent musical chums.

“There’s been a LOT of interest in this project. It’s amazing really that people still want to hear what we’re doing after all these years.”

Automatic Slim: Down by the Waterside
(Radio Caroline Records Caro 001) 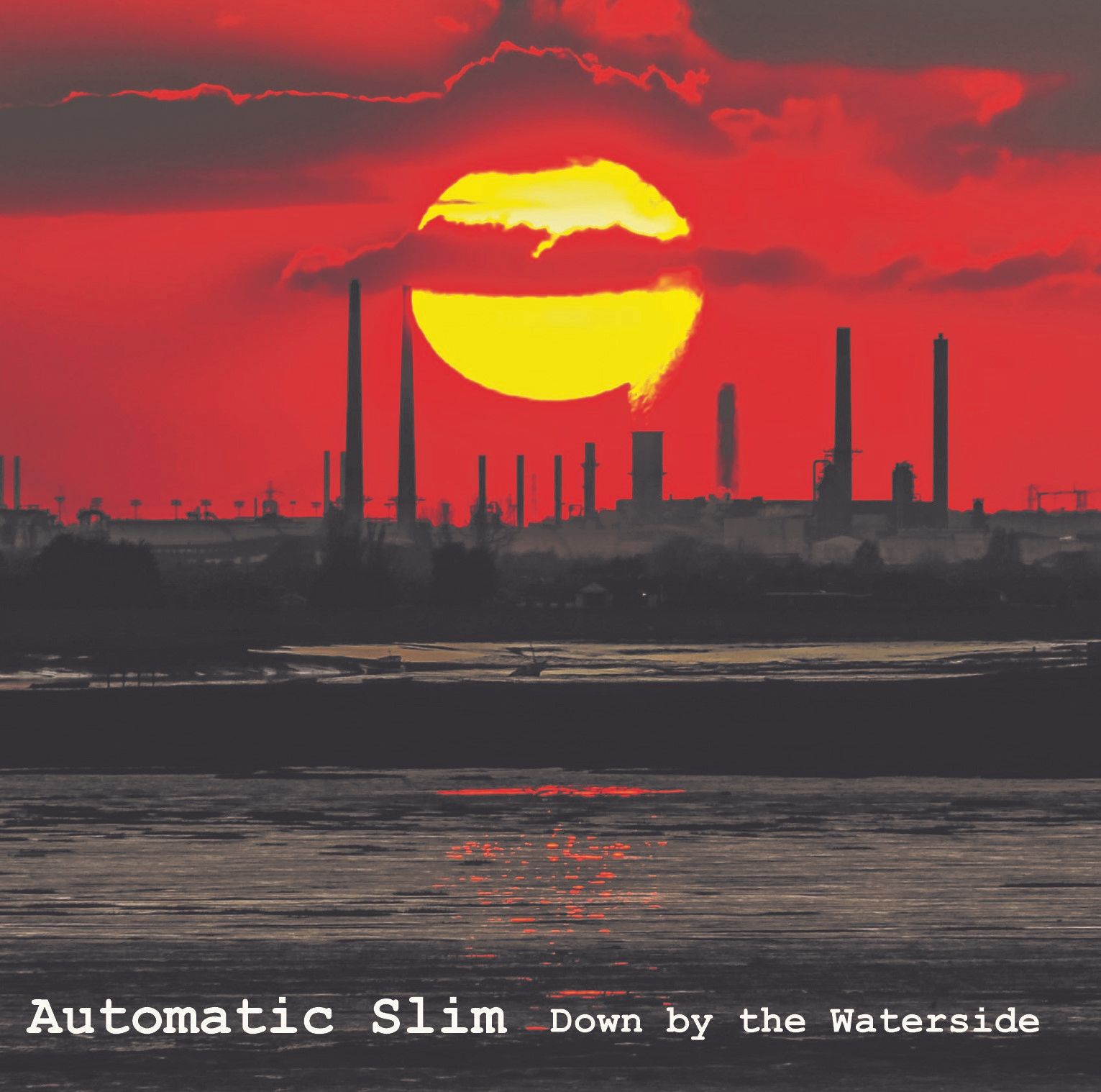 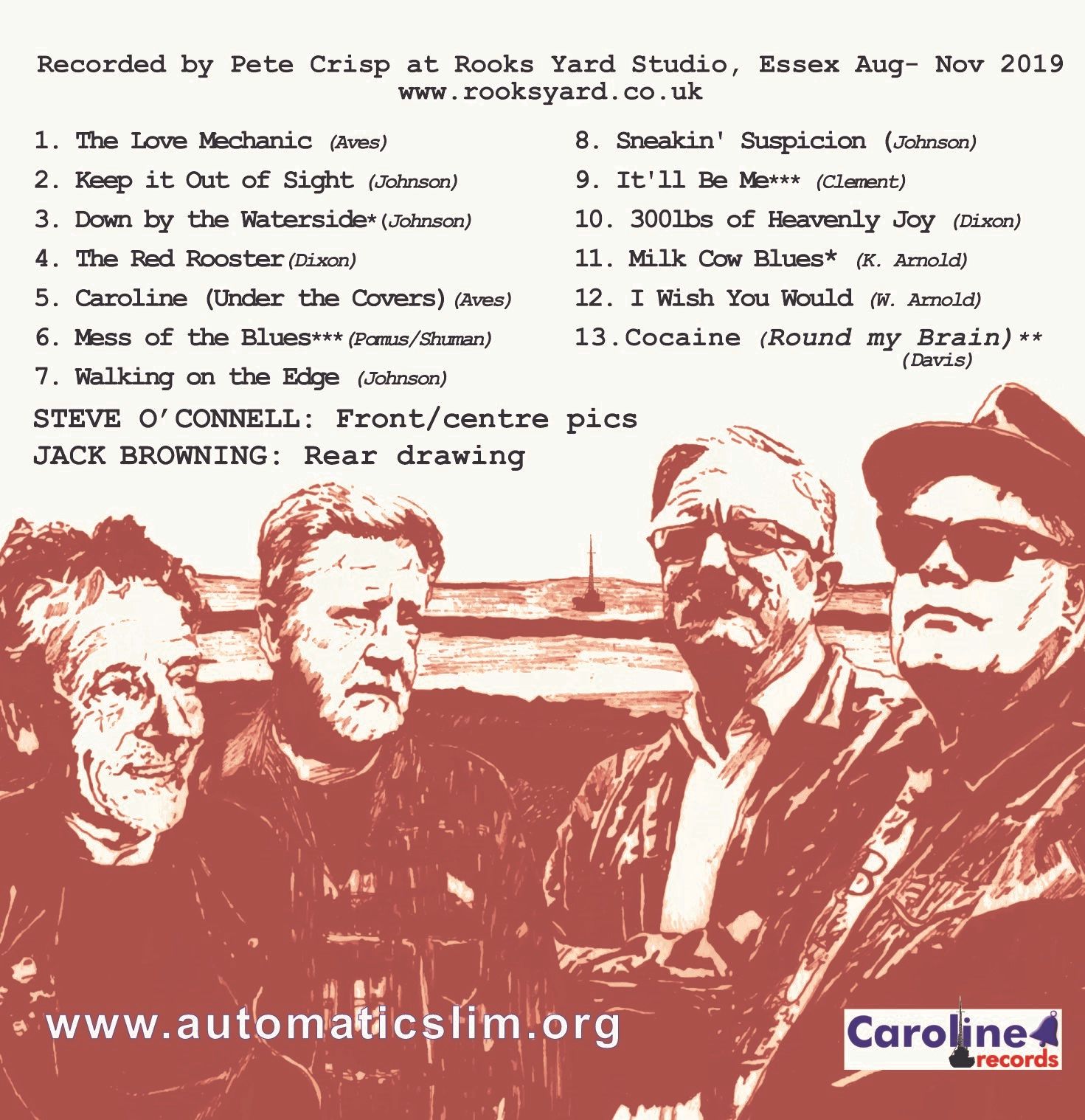